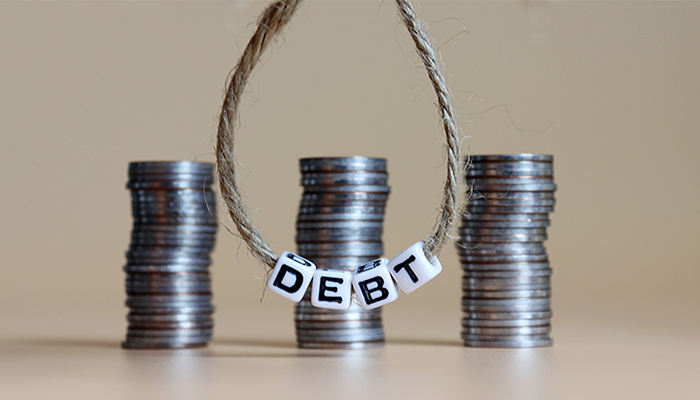 New York: Developing countries need external support to ease inflated debt burden caused by the COVID-19 pandemic to maintain social services and secure global economic recovery, according to experts and relevant institutions.
Recovery takes time
Economic output picked up swiftly following the easing of confinement measures and the initial re-opening of businesses, but the pace of the global recovery has lost some momentum over the summer months, said an interim economic assessment report issued by the Organization for Economic Co-operation and Development (OECD) on Wednesday.
Global GDP would decline by 4.5 per cent this year, before picking up by 5 per cent in 2021, according to the report.
Global real GDP growth would pick up to 5.8 per cent next year from a decline of 3.9 per cent in 2020, according to the central forecast scenario by UBS Global Wealth Management.
The drop in global output in 2020 is smaller than expected, though still unprecedented in recent history, but this masks considerable differences across countries, with upward revisions in China, the United States and Europe, but weaker-than-expected outcomes in India, Mexico and South Africa, the OECD report said.
Still, global GDP may not return to the pre-pandemic level before 2022.
In most economies, the level of output at the end of 2021 would remain below that at the end of 2019, and considerably weaker than projected prior to the pandemic, highlighting the risk of long-lasting costs from the pandemic, according to OECD's assessment.
Moderate restrictions on the activity should be sufficient to keep outbreaks manageable, with a vaccine widely available from the second quarter of 2021, Lucy Qiu, strategist at UBS Global Wealth Management, told Xinhua on Wednesday.
Qiu told Xinhua that a manageable pandemic combined with expansionary monetary policy and a moderate increase in fiscal stimulus should allow for a rebound of economic activity to pre-pandemic levels by 2022.
After so sharp a contraction in 2020, the reopening measures already underway in major economies make a strong growth rebound nearly certain in 2021, said Mehran Nakhjavani, partner and emerging market strategist with MRB Partners, on Tuesday.
Nakhjavani added, "This does not imply regaining the pre-pandemic level of GDP, but global economic momentum will be stronger than was the case in 2019."
Pressing debt challenges
Many emerging-market economies and developing countries face particularly acute macroeconomic policy challenges, with substantial declines in export revenues, particularly from international tourism, compounding the domestic impact of the COVID-19 shock, said the OECD report.
In addition, many of these economies have become vulnerable to changes in market sentiment due to the build-up of high private and public debt in recent years, leaving them with daunting debt challenges, the report said.
The coronavirus pandemic-induced deterioration in growth and fiscal dynamics will leave most large emerging market sovereigns (EM19) with higher debt burdens over the next few years, said a report by Moody's Investors Service in early September.
"We expect government debt in the EM19 to rise by almost 10 percentage points of GDP on average by the end of 2021 from 2019 levels, driven primarily by wider primary deficits" in addition of higher interest payments, said Moody's.
One of the characteristics of the global crisis is the sharp drop in public revenues at all government levels. The situation for developing countries will become increasingly dire as many countries find themselves facing rising social needs without the means to finance social services, according to a recent statement by Jeffrey Sachs, chair of the commissioners with the Lancet COVID-19 Commission and an economics professor at Columbia University.
The Lancet COVID-19 Commission was launched on July 9 to assist governments, civil society, and UN institutions in responding effectively to the COVID-19 pandemic.
"The global economic shock that the COVID-19 pandemic has caused requires a concerted response by the world's leading economies not only to reinvigorate aggregate demand but most importantly to ensure that developing countries are not overburdened with the national debt," said Vasilis Trigkas, a postdoctoral teaching fellow with Schwarzman College of Tsinghua University.
In that sense, what will be pressing in the months ahead is a grand deal among the world's major creditors about debt restructuring in Africa, Southeast Asia and Latin America, Trigkas told Xinhua.
Some developing countries will require considerable international concessional financing like grants and low-interest, long-term loans from the international financing institutions as well as the orderly restructuring of their sovereign debts to both public and private creditors, said Sachs.
"Now, more than ever is the time for countries to meet their commitments to providing 0.7 per cent of the gross domestic product as official development aid," Sachs said.
There is a danger that great power politics will enter this equation and nations will try to politicise negations thus wasting time and prolonging the economic agony of highly indebted economies, said Trigkas.
"This, however, must be avoided for it could be self-defeating undermining not only the welfare of the highly indebted nations but also the recovery of advanced economies," Trigkas added.
The G20 has taken action to freeze bilateral government loan-interest payments for many low-income countries this year, offering a temporary respite for some vulnerable countries, said the OECD report.
However, further actions may be required, given persistent declines in the main sources of income and the ongoing spread of the pandemic, according to the report.