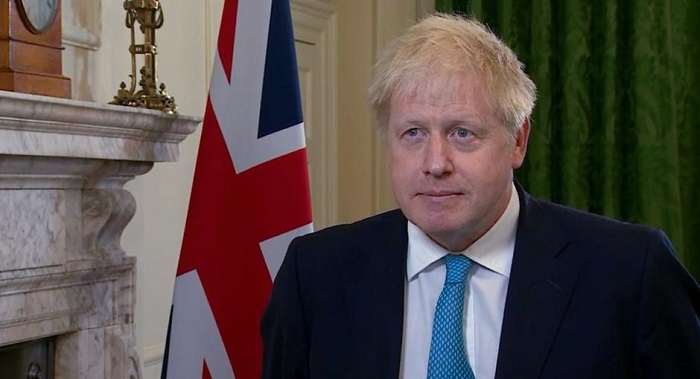 European Parliament Vice President Katarina Barley sees little chance for anything other than a narrow UK-EU trade deal after British Prime Minister Boris Johnson said there was no point in continuing the negotiations.

The center-left SPD politician spoke after Johnson accused the EU of failing to negotiate seriously and warned his country to prepare to trade with the bloc based on World Trade Organization rules from January when the Brexit transition period ends.

Accusing the 27-nation bloc of failing "to negotiate seriously" in recent months, Johnson said the outcome of this week's EU leaders' summit had ruled out a comprehensive, Canada-style free trade agreement.

An aide to the UK leader later ramped up the rhetoric further by adding that trade talks were over unless Brussels "fundamentally shifts its position."

Barley noted that Johnson's priority was to show the British people that he is in control, telling NDR that he's only "concerned about domestic perception" and that the EU "must be the scapegoat."

Barley, who sat in the Bundestag from 2013 to 2019, does not believe the trade talks will be extended past the EU's mid-November deadline.

On Friday evening, an EU spokesman tweeted that chief negotiator Michel Barnier held video talks with his British counterpart David Frost and that negotiators from both sides will be in touch on Monday for further discussions on the "structure" of talks.

In a sign of a lack of confidence in the UK government's position, the rating agency Moody's cut Britain's debt rating to "Aa3" from "Aa2," putting the country on the same level as Belgium and the Czech Republic.

The agency said Brexit and the huge economic hit from the coronavirus pandemic would likely take its toll on the world's sixth-biggest economy.

Moody's said Britain's growth had been "meaningfully weaker than expected and is likely to remain so in the future."