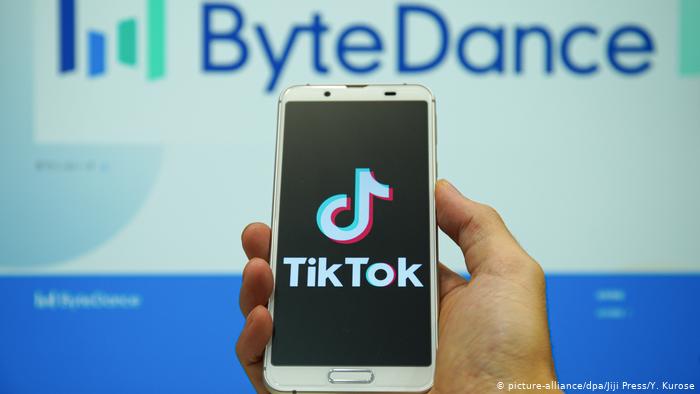 WASHINGTON: A US federal judge on Sunday decided to halt the Trump administration's ban on the popular video-sharing app TikTok, just a few hours before the controversial ban is set to take effect.

Following a telephone court hearing earlier in the day, Judge Carl Nichols of the U.S. District Court for the District of Columbia temporarily blocked the U.S. government's action, which would prevent new downloads of the app and software updates for existing users.

TikTok's Chinese parent company, ByteDance, previously filed a request for a preliminary injunction against the action. The federal judge's decision means the Los Angeles-based tech firm can now operate without interruption at least until a full court hearing.

The ban, scheduled to kick in at midnight Sunday, is part of the U.S. government's broader efforts to attack Chinese tech companies amid worsening bilateral relations.

On August 14, Trump signed another executive order that forces ByteDance to sell or spin off its U.S. TikTok business within 90 days.

TikTok had filed a lawsuit against the Trump administration, challenging the legality and constitutionality of the Aug. 6 executive order, and arguing that there's no credible evidence to back up Trump's national security claims.

"We're pleased that the court agreed with our legal arguments and issued an injunction preventing the implementation of the TikTok app ban," TikTok said in a statement.

"We will continue defending our rights for the benefit of our community and employees," the company said. "At the same time, we will also maintain our ongoing dialogue with the government to turn our proposal, which the President gave his preliminary approval to last weekend, into an agreement."

The proposal refers to a deal between ByteDance, Oracle and Walmart, through which TikTok had hoped to "resolve the security concerns of the U.S. administration and settle questions around TikTok's future" in the United States.

Earlier this month, the U.S. Commerce Department, citing the president's executive order, said TikTok would have to be removed from U.S. app stores on Sept. 20. The ban was later delayed by a week to Sept. 27.

The Commerce Department also said a more extensive ban against the app would be applied starting from Nov. 12. In Sunday's order, the federal judge didn't grant an injunction against the broader ban.

The temporary victory for TikTok follows the order of Magistrate Judge Laurel Beeler in San Francisco, who paused the enforcement of the president's ban of WeChat on Sept. 20 by granting motion for preliminary injunction.

"The actions against TikTok and WeChat are to weaken China's role in the global digital economy generally, mainly for geopolitical reasons," Jeffrey Sachs, an economics professor at Columbia University and a senior United Nations advisor, told Xinhua earlier.

China's Ministry of Commerce (MOC) said recently that it is resolutely opposed to the U.S. move to block downloads of WeChat and TikTok apps, urging the United States to immediately stop its bullying and safeguard international rules and order.

In the absence of any evidence, the United States has repeatedly used state power to suppress the two enterprises for unwarranted reasons, which seriously disrupted their normal business activities, undermined the confidence of international investors in the U.S. investment environment and damaged the normal global economic and trade order, the MOC said in a statement.